Celestine, also called celestite, is a very abundant mineral species composed of strontium and sulfur. Its name comes from the Greek coelestis meaning Celeste. The Celestine is also known under the name of stone of the Angels. Celestine is formed by filling with hydrothermal strontium solutions, holes in volcanic rocks. It is also found in dolomites, limestones or even in sandstones. These crystals often have the shape of an elongated prism, sometimes of tablets. The main deposits are located in Germany, Austria, the USA, Canada, Italy and Madagascar. 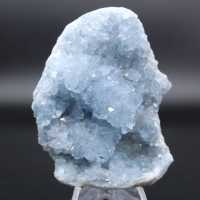 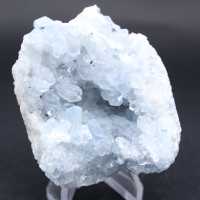 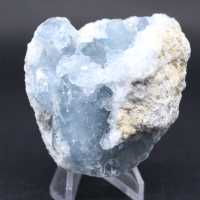 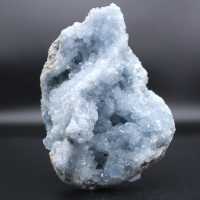 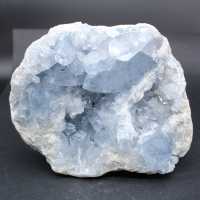 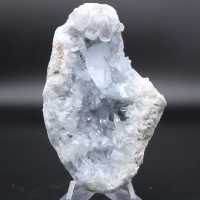 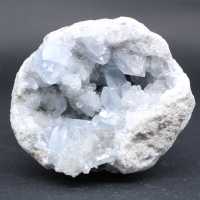 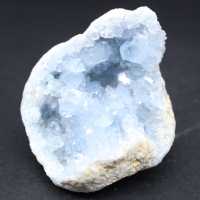 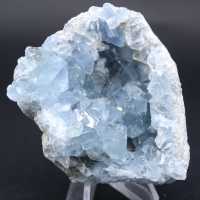 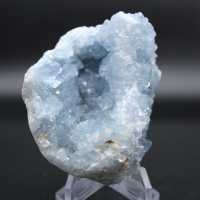 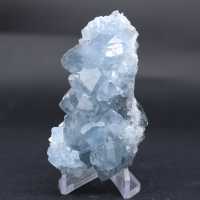