50
grams
70
mm
15€
euros
Fossil sea urchin from the Touraine faluns. The Mer des Faluns is an ancient sea that has now disappeared, having covered the west of France about 16 to 3.5 million years ago. After its withdrawal this sea left behind a rock rich in shell debris called the falun known to be extremely rich in fossils.

Scutella is an extinct genus of flat sea urchins belonging to the Scutellidae family. These flat, rounded sea urchins like large coins lived buried in the sediment (benthic infauna) in shallow marine areas. The genus Scutella lived from the Oligocene until the beginning of the Miocene, ie between −33 and −20 Ma. They have been found in North and South America, Europe and North Africa. The genre died out at the end of the Pleistocene. 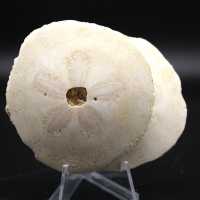 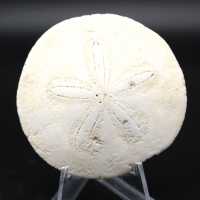 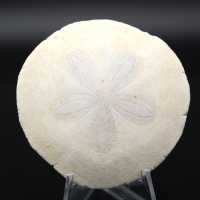 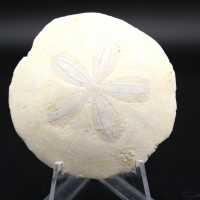 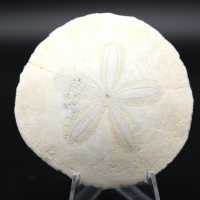 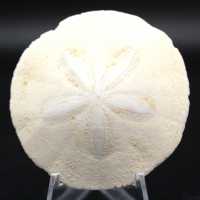 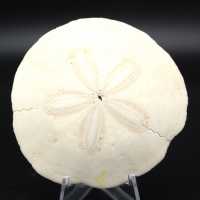 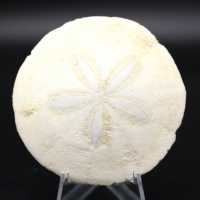 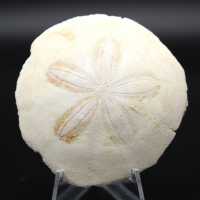 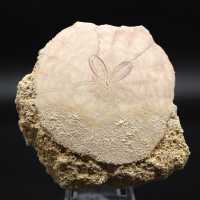 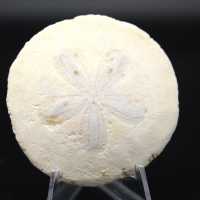 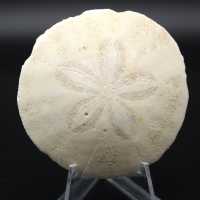